You people succeeded in making me feel like a very bad person last week. My heart was also broken that Akpene had to suffer all over again. Worry not, the story hasn’t ended yet, but for now, we have a funeral to plan. Akpene won’t suffer forever, that much I can assure you. (Hehehe, spoiler alert things! 😉 ) Anyways, I have exciting news!!!! 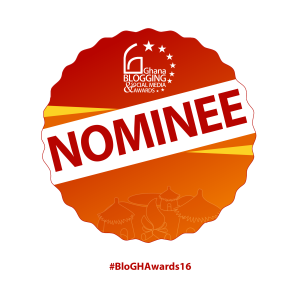 Thanks to amazing people like you, the Kenikodjo blog has been nominated for Best Blog in the Blogging Awards 2016 Competition. On top of that, my Facebook profile has been nominated for Best Facebook Profile (Individual). Voting starts on 16th March. Watch this space and the Facebook page as well for updates. Thank you so much for nominating me. It is such an honour! You guys are all kinds of amazing! Who knew that typing rants about trotros and kelewele would get us here one day? Anyways, I am sure you are more interested in the story; so for now, let’s dig in!

‘She is having nightmares again.’

‘Poor child. Can you blame her?’

Gagert stood watching Akpene squirm in her sleep. When she could not bear it any longer, she walked past her nephew, bent over and began to rub her back. She wasn’t used to exhibiting such tenderness, especially when others were watching, but Akpene needed someone to be there for her.

Ever since she broke the news to Akpene, her mind kept wondering back to the way the light in her eyes went dim. She didn’t know what she could possibly say to her to make up for the loss and that was why she called K Beck. She knew he liked her- after all, his father used to look at her the same way that he looked at Akpene when he thought nobody was watching. It was almost like a trip down memory lane for Gagert, anytime she chanced upon them.

Gagert had had Akpene moved to her house that night. She thought it would be good to have someone watching over her. It was a good thing, given that she had a nightmare anytime she slept. She watched K Beck walk up to the house. He came over every night after prep. Techically, it was not allowed, but she didn’t have the heart to send him away.

The first night, he had refused to go back to the school. Not even the threat of deboardinization dimmed the determination in his eyes. She sat with him in her living room, very well aware of how weird it was to be sitting this close to a Welbeck.

‘Apparently, her mother had been sick for a while but she had been downplaying it. She had a fibroid that could have been removed if she had been attended to early enough.’

‘What’s going to happen to her brother?’

‘I understand someone has offered to adopt him.’

‘Just him? What’s going to happen to Akpene?’

‘She doesn’t deserve to suffer like this. She doesn’t.’

‘I agree with you. You are a good man, Mr Welbeck. Just like your dad.’

Silence ensued. She could tell that he had many questions about what she had just said.

‘Why didn’t you marry my father?’

Gagert smiled. He was bold and forthcoming as well.

‘At the time, that seemed like the smart thing to do. Your father wasn’t ‘ambitious’ enough. I was afraid that I would feel like I had settled.’

‘You don’t have to answer. I just remember very little about her so I try to glean from other people’s memories.’

‘Yes, I met her once. She was beautiful. Soft-spoken too. A lady..’

‘You are right. I didn’t. I spent that afternoon compiling a list of things that I was better at doing.’

Christoff scowled at the bucket and bent over.

It doesn’t make sense. How can you punish me for calling you a thief when you are indeed a thief?

It had all started when he saw his Champion sneakers on Senior Ralph’s feet. He chose not to react, assuming that he had borrowed them. The next week, he saw his box of Coco Pops on top of his locker, empty. The boy who slept beside him said that Senior Ralph was the one who ate it. The last straw had been when he saw his bottle of perfume in Senior Ralph’s locker. It was a parting gift from his mother- there was no way that he was going to just let it slide.

‘Why do you keep taking my things?’

‘Herh, you don’t respect eh? Are you calling me a thief?’

‘No, I am not. You brought that up by yourself. I was just saying that you should keep your hands off my things.’

‘I am giving you one last chance to apologize and lessen your punishment.’

‘You should be the one apologizing for taking things that don’t belong to you.’

And that was how he ended up, scrubbing the upper courtyard. The painful thing about this was the fact that no amount of scrubbing seemed to make the terrazzo look any cleaner.He lightened up when he saw K Beck heading in his direction.

‘Thank goodness. I could use a break.’

‘Who said I was coming to help out?’

‘You would just make your situation worse if you get someone to help you out.’

‘How is Akpene doing?’

‘It is tough on her. She keeps having nightmares. She refuses to eat and she barely says anything. It is killing me mehn- the fact that I can’t fix this.’

‘You can’t fix everything, you know. How is it going with your dilemma? I can tell Awula is also worried about her.’

‘I have barely spoken to her this week. I am sure she will start complaining soon.’

‘I hope Akpene’s loss is not making you mistake pity for affection.’

‘No. If there is anything I am sure of, since this tragedy began, it is the fact that it will always be Akpene.’

‘All I am saying is, it could be pity or even guilt. You know she has nobody and you feel obliged to be there for her.’

‘I hate it when you go philosophical on me.’

‘But all jokes aside, it is Akpene and nobody else.’

‘Where does that leave Awula?’

‘It leaves her as my friend. I never promised her anything else.’

‘Close the door behind you and have a seat.’

She clicked print on a document and asked Afrakuma to pick it up from the printer.

‘It is your dismissal letter.’

If Afrakuma was white, the blood would have drained from her face.

‘You heard right. I have always tolerated your ‘above the law’ ways, heck even benefited from them from time to time. But I will not allow you to taint the reputation of this school with rumours of exam malpractice. You can’t always win, Afrakuma. I honestly thought that you would be smarter than that, but I guess I was mistaken. I will allow you to write with your mates because you are registered with them, but you will write it from home. You will bring those papers to me and I will shred them in your presence. You will never speak about those papers again and I will pretend not to know about them. I have known you had them for a while but I was hoping you would do the right thing. You didn’t. It is a pity. Things could have been different. Goodbye, Afrakuma.’

K Beck raced to the gate and banged on it.

‘Why are you banging on the door? This isn’t your hall.’

‘You weren’t going to tell me, were you?’

‘Akpene, stop playing games with me. You are leaving Capital High!’

‘I would have left you a note.’

‘That’s not what the issue is. The issue is why you are leaving.’

‘What’s wrong with moving on here?’

‘This is a good thing. Gagert helped me transfer my scholarship package to another school. They have offered to connect me to a nursing training school right after school. I can work, get money and go and get my brother.’

‘Why in heaven’s name do you need to?’

‘These dogs are not asleep!’

‘It is already done. There is nothing we can do now.’

‘That’s not true. I can speak to my dad about taking care of you, so that you don’t have to leave. We will find another nursing training school. A better one.’

‘I am not offering pity, Akpene. I want to help.’

‘Well, I don’t want you to. And after today, you don’t have to feel obligated to do anything for me. You don’t have to save me or protect me. You can go and live in your middle class world with Awula.’

‘Unfair? You don’t even know what unfair feels like. Come back when everything you could possibly have has been taken from you. Come back then and talk about unfair! Get off your high horse for a moment.’

‘Akpene, you have me. You will always have me.’

‘I am afraid not. Curtis was right. You and I are from different worlds. I am too embarrassed to let you into mine and you are too ashamed to suggest that I learn how to live in yours. If you don’t believe me, take a look at how you talk to Awula. If I really had you, there would be no space for her. And yet, here we are.’

‘Please don’t make this any more difficult for me than it already is. It is better for me to get used to the loss now. You have your whole life ahead of you. Don’t stand here and make promises that you can’t guarantee to keep. It will just hurt me more then than it would now.’

‘Because ending it now lessens the pain.’

‘I am not going anywhere, I promise!’

‘That’s the same thing my mother said the last time I saw her.’

He could not take it any more- the hardheadedness, the guarded way in which she was talking to him, the sorrow in her eyes, the tears rolling down her cheeks. Closing the gap between them, he used his handkerchief to wipe her face and then rubbed her back gently. She widened the gap between them and said, ‘Let me go, K Beck. It is selfish, I know. But it is easier, in the long run.’

‘Why do you have to go? And you don’t plan to keep in touch. If I didn’t know better, I would think that you were punishing me for your mother’s death.’

Breath caught in her throat, she swallowed hard.

K Beck had no idea how close he had come to the truth. She blamed herself for her mother’s death. Last vacation, all the signs had been there, but she had been too worried about why she was not hearing from K Beck to notice that her mother was tired more often. Somehow she felt that distancing herself from K Beck was enough punishment to kill the haunting feeling of being blind to her mother’s needs. She needed to distance herself from him so that she could feel better. That was why she jumped at the idea of transferring schools.

‘I will leave in the morning. Goodbye K Beck.’

In that moment, words failed him. He watched her go, her hips swaying in that now familiar rhythm.

See you next week!

Don't keep it to yourself!

Storyteller at kenikodjo.com, a repository of Ghanaian stories. If there is a Ghanaian experience, chances are that I have written a story about it! 🤩 View all posts by kenikodjo

When I am not writing, I am tweeting!

Merriam-Webster’s Word of the Day